Richard III: Too Bad to Be True

Gavin Cameron-Webb’s production of Richard III uses both the text and the stage in transformative ways.

This Shakespearean production has reversed the Wells-Metz theatre and uses all three of its levels.

This production also challenges the historical accuracy of the text. It will show that Richard III was actually a great king who is grossly misrepresented in this play. Themes of slander and propaganda will be explored just in time for campaign season. Periodically the truth of what actually happened is revealed to the audience through a luminous screen above the three levels of stage. Cameron-Webb said that this device serves as the “theatrical equivalent of factcheck.org.”

In allowing the truth to be displayed, this production not only exhibits the indisputably bad behavior of Richard III, the fictional king, but also discloses the bad behavior of those who slandered Richard III, the actual king. Shakespeare likely wrote the play so as not to fall from the favor of Queen Elizabeth, who occupied the throne at the time. This is an interesting example of morally questionable behavior.

As captured in Shakespeare’s text, Richard III is the most monstrous, most dastard of all villains. “He epitomizes bad behavior,” said Cameron-Webb. When asked what qualities potentially redeem this outrageous character, the director could only suggest “his charm, his presence, his ambition.” Richard III, played in this production by M.F.A. acting student, Aaron Kirkpatrick, is an excellent orator, who both enthralls and appalls his audience. 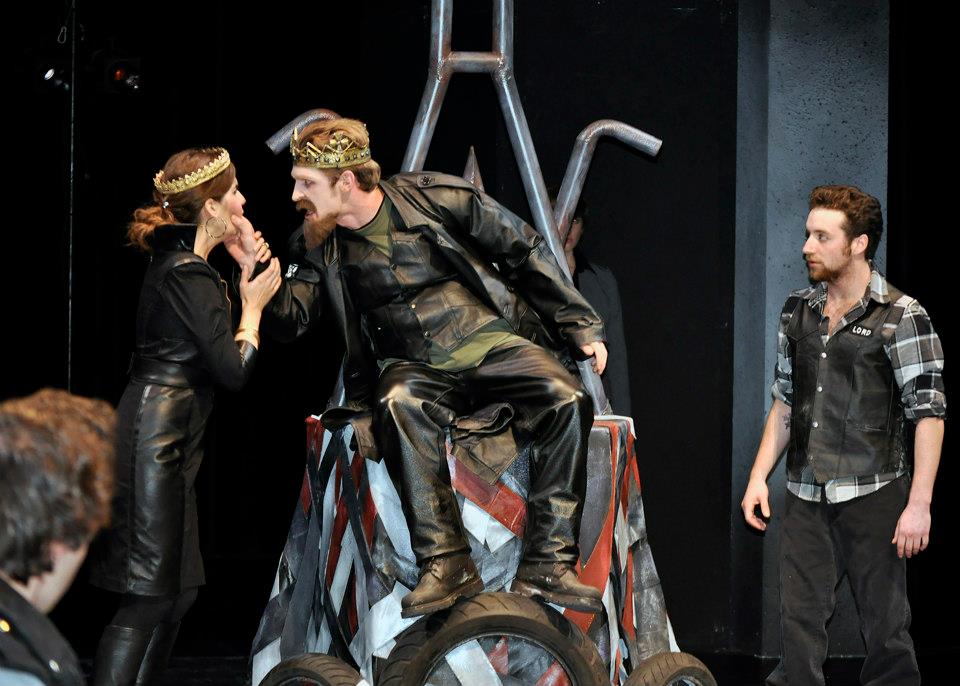 It may be alarming to the audience just how devilishly charming this murderous villain is. “Villains are usually the most entertaining,” said Cameron-Webb. “We certainly enjoy watching [Richard] be so bad.” It speaks to an interesting inclination: to be so fascinated by the magnetism of a character that is unquestionably bad and leaves no room for moral growth. “He is so out and out evil,” said Cameron-Webb. “He’s not a morally complex or tortured character. Unlike Mister from the Scottish play, [Richard] is bad, and he knows it.”

Although it is important to expose how mysteriously drawn we are to “bad” characters, Cameron-Webb feels that the most important thing to teach the audience is “how susceptible we are to propaganda.” We must challenge ourselves to discredit things that are “too bad to be true.”