God of Carnage: Dispensing with Civility 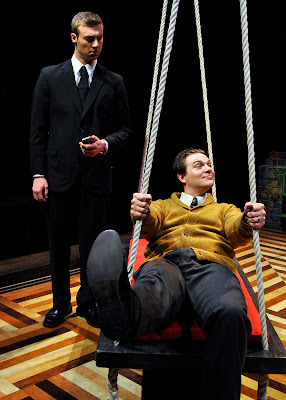 IU Theatre’s production of God of Carnage, directed by graduate student Lee Cromwell, showcases the worst in humanity in the most hilarious of scripts. Two couples meet to discuss the bad behavior of their children. One child has knocked out the other’s two front teeth with a stick. The adults present a false, civil front in their meeting and engage in pleasantries. As the play goes on, all courteousness drops and the characters reveal the very worst in their characters. The room is destroyed. Relationships between all of the characters seem beyond repair. The characters experience a complete transformation.

“There is a character that does not change over the course of the play,” said Cromwell. “People will be surprised who they like in the beginning of the play and who they like at the end.” A character named Alan remains honest and stays true to his “core self.” He exhibits bad behavior unabashedly and demonstrates very little of the civility the others seem keen on retaining. He instead retains his “bad” nature. The audience will watch as the polite characters around Alan become monstrous towards one another. Audience members might ask themselves: Is this the result of repressing bad behavior? “The other characters are allowing culture and civility to force them to pretend to be nice,” said Cromwell. The ways in which these characters present themselves are mediated by societal expectations. They allow themselves to be controlled by these expectations, whereas Alan seems less inclined to conform. 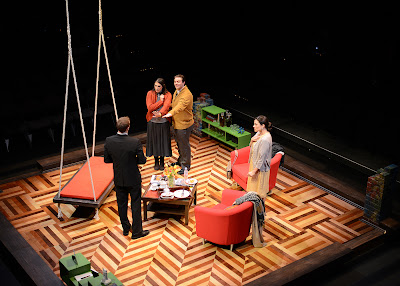 The New York Times called this play “a study in the tension between civilized surface and savage instinct.” Is bad behavior instinctive? Are we not naturally good? The audience, watching this play, might wonder if we force ourselves to exhibit good behavior, if civility is unnatural. What they might discover is that it’s necessary for the good of the group, for the good of society. Civilization moves forward because individuals can delay their gratification and move past their impulses to benefit the group.

If people were to behave impulsively, to act on individual desire rather than consider the good of the whole, society would likely collapse. This is represented in the destruction of God of Carnage. Children and marriages are forgotten as these characters succumb to their impulses and individual desires, and things fall apart.