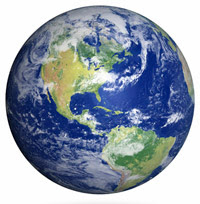 Ten years on from the collapse of the World Trade Center, there’s no shortage of reflection to be found. The blogosphere, the mass media, and the world community are reflecting not only upon the event itself, but even more so upon the political, social, economic, and cultural consequences that emerged in its wake. I struggle with how to think about these impossibly complicated circumstances in retrospect. Many of my thoughts, however, have been framed and influenced by the Themester panel on “Seeing America Through Foreign Eyes,” and especially by the comments given by Professor Micol Seigel of American Studies and African American & African Diaspora Studies.
If only to try to understand the scope of the event’s ramifications, we can try to make a short list of what we have seen. The instantiation of the “War on Terror.” The beginning of the war in Afghanistan. The passing of the USA PATRIOT Act. The anti-war protests of countless citizens. The hunt for weapons of mass destruction in Iraq, and the execution of Saddam Hussein. The horrors of torture in Abu Ghraib, and the scandals of “enhanced interrogation” at Guantánamo.  The national debates over the so-called “Ground Zero Mosque.” The mass release of damning diplomatic cables through Wikileaks. The killing of Osama Bin Laden. The military exit from Iraq.
Onward, onward. The list is familiar. Everyone is reflecting upon this date, at this time, every blog and newspaper and ceremony in memoriam of this tragedy. But the list is hardly complete. Even if it were, even if this were all we had to analyze and understand, what does one say about it all, in retrospect? Hindsight is hardly 20/20. Our past as muddled as the present was then, and as hazy as the future is now. A decade of history is infinitely full of unanswered questions, unsolved riddles, and unquenched spirits.
Perhaps the future is hazy because the picture of our world in this list is such a narrow one. In the drama that plays out when I reflect upon 9/11, center stage is taken by those events and figures that seem to fit best with the narrative of the “War on Terror.” International players who somehow became involved in the “War on Terror” become central, either as “friends”—as in the case of Israel—or as “foes”—as in the case of Venezuela, Iran, and North Korea. But so much more  has happened in the last decade, so much more that merits reflection and does not fit neatly into this narrative. Where can we place the genocide in Darfur and the independence of South Sudan? Where can we place the ongoing tensions between Serbs and Kosovars? Is it possible to talk about homogenization of cultivars, of Brazilian deforestation, of climate change, when we reflect upon the decade since 9/11? Is it possible to talk about mass incarceration, immigrant detention and deportation, and a widening gap between rich and poor? Is it possible to talk about HIV/AIDS, malaria, cholera, or typhoid? Is it possible to talk about Wikipedia, Twitter, iPhones, and all of the other new technological advances that are extending our minds, day by day?
Why is our narrative of reflection upon the last decade so monolithic? Perhaps our public memory of 9/11, as citizens of the United States, is framed by patriotism, and by her darker face, nationalism. Our memory draws upon that grand old mythico-history we as citizens both espouse and critique. Manifest destiny. The American dream. That shining light on the hill, that exceptional land of the free, that refuge for the tired, poor, huddled masses. We know the images. We know Lady Liberty, that noble eagle, the stars and stripes forever. And we know what it feels like when, sometimes, those images fail to make meaning for us.
This has been an eventful decade, and in reflecting upon it, we must do justice also to the great changes and momentous occasions that did not make the front page, or did not make the paper. The continual transformation of the world as it marches through time occurs in all of its places and facets—as our species continues to find more and more ways to alter the ecology of our planet, even the most remote peoples must face a dynamic world with courage and creativity. The decisions, voluntary or involuntary, to cope with those changes should not escape our eyes, should be attended to by our history.
Ronak Shah


Ronak Shah is a senior double majoring in cognitive science and conflict resolution. He is serving as an intern for the Themester program this fall and organizing an undergraduage workshop on conflict resolution.
"Seeing America Through Foreign Eyes" was a Themester 2011 symposium held as part  part of Indiana University's multi-event program "Remembering 9/11," which continues through Friday.
Posted by Themester, IU College of Arts and Sciences at Tuesday, September 13, 2011